One of the main hubs for cybercrime has now been identified as the city of Nizams, which is also a center for IT. According to data from the National Crime Record Bureau (NCRB), Telangana was responsible for 10% of all cyberfrauds in the nation in 2020.

Telangana saw a two-fold surge in cybercrime in 2021. Recorded 8,828 different instances of cybercrime throughout the year. 1,191 of these cases involved internet fraud and impersonation, according to IANS, while 5,833 of them were severe offenses.

EVERY FIFTH FIR IS BY A CYBER FRAUD VICTIM

According to Hyderabad Police Commissioner C.V. Anand, cybercrime is included in every fifth First Information Report (FIR) in Hyderabad. Every day, the city records roughly 100 FIRs, 20% of which are related to cybercrimes such as financial fraud, hacking, sexual harassment, and social media fraud.

Approximately 45% of cybercrime crimes, according to a police officer, include UPI scams. The next 15% involve OTP frauds, phone customer service scams, investment fraud, and other cybercrime cases.

As seniors avoided leaving their homes and made purchases using internet portals and e-wallets from within, the number of cybercrimes rose during the Covid-19 pandemic.

At this point, it is always better to approach a roach a cybersecurity firm to establish a secure interface and safeguard the property. Also, companies need a unique solution involved in making payments to protect customers from fraudsters.

Next article A student loan breach has exposed 2.5 million records. 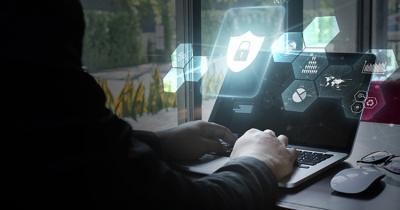