He admitted to playing a key role in the operation of a credit card scam conspiracy group. It caused over $1,500,000 in damages to 4,000 account holders.

Osagie committed these crimes between 2015 and 2018, using a network of co-conspirators in New Jersey/New York. He employed various methods to launder their proceeds.

Osagie actively purchased thousands of credit and debit card data from dark web markets. Criminals typically steal credit card details from e-commerce sites infected by skimmers, information-stealing malware, or ATM malware and then sell them on the dark web. Osagie actively recruited and managed members to use the stolen credit card details. According to the legal document, one gang member actively created fraudulent credit cards using the stolen information, indicating that the crime ring may have sourced magnetic stripe data to forge clone cards. The ring leader, Hamilton Eromosele, actively recruited female operators on social media platforms and instructed them to travel nationwide to perform money laundering. In 2020, Eromosele was sentenced to 110 months in prison for his participation in the fraud ring.

The operators journeyed throughout the United States. They acquired gift cards and high-end merchandise with counterfeit cards. They then exchanged these items for cash. Eromosele collected the funds and distributed the prearranged portions to the other conspirators.

The U.S. court will decide Osagie’s sentence on May 25, 2023. Along with this sentence, Osagie must also relinquish any property obtained through the credit card theft scheme. This includes any assets, money, or possessions obtained as a result of the illegal activity. It is important to note that this forfeiture of property is a separate penalty and will be enforced in addition to the sentence decided by the court. 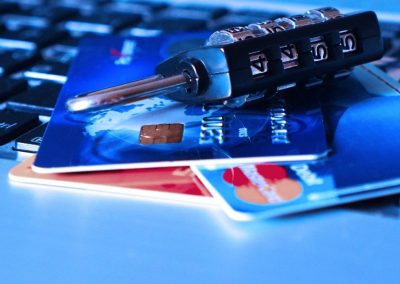