A malicious Cl0p ransomware gang has dished out a hoard of stolen data after being arrested in the previous week.

According to the press release by the Ukrainian law authorities in the previous week, the Cyber-Police Department of the National Police of Ukraine, in collaboration with Interpol and law enforcement agencies from South Korea and the United States, announced the arrests, referring to six defendants of the Cl0p ransomware gang, and said it conducted 21 searches in the homes of the alleged hackers and in their cars in and around Kiev. The cops said they confiscated 500 million Ukrainian hryvnia (roughly $180,000), computers, and cars.

The arrest was subsequently followed by what seems a dump of stolen data in the hack of a previously unknown victim.

If sources are to be believed, the data that was released is a hoard of employee data that contained corporate details such as verification of employment for loan applications and documents pertaining to workers whose wages have been deployed.

It is to be noted that it is not yet confirmed whether the information is genuine and that it was, in fact, taken during a hack on the company, although web searches showed that names listed in the documents matched names of people.

According to expert opinion, if the data is of authentic nature, then it directs the fact that the malicious gang is still implementing its malicious activities regardless of the arrests.

This may also imply that the arrested member so the Cl0p ransomware gang doesn’t include the prime leaders but instead subsidiaries or affiliates who assume only supplementary roles in the ransomware operations.

“The fact that data has been posted suggests that the action by the Ukrainian police may not have involved core members of the threat group or completely disrupted their operations,” Brett Callow, a security researcher at Emsisoft, which specializes in tracking ransomware, said in an email.

The Cl0p ransomware gang was primarily detected back in 2019. Some of the latest victims of the cybergang include oil company Shell, international law firm Jones Day, US bank Flagstar, and several US universities including Stanford and the University of California. 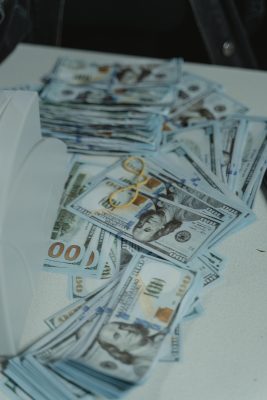