Data From The 2021 Airtel Data Breach That Was Just Leaked Indicates That 18k Users Had The Same Password.

All of Airtel’s subscriber data was vulnerable to theft due to a significant data breach last year. The hacking collective Red Rabbit Team published online “sample data” pertaining to up to 25 lakh (2.5 million) Airtel subscribers along with an offer to sell the full subscriber database for $3,500 in bitcoin. Despite the removal of the sample data website, it appears that the hacker group still has access to all of the information on Airtel users. All things being equal, it might have been spilled from different sources, conceivably the public authority offices, which gain admittance to a portion of the telecom information for security purposes.

Rajshekhar Rajaharia, an Indian security researcher published photographs of similar sample data, which led to the discovery of the airtel data leak. Due to the sensitivity of the revealed data sets, the majority of the information in these screenshots has been hidden. More than 25 lakh Airtel customers‘ data points, including their city, gender, full name, date of birth, service status, phone number, house number, Aadhaar number, passport, voter ID, father’s or husband’s name, and IMSI (International Mobile Subscriber Identity) number, were uploaded to the internet by the hacker group.

The sample data sets from areas like Jammu and Kashmir, Punjab, Delhi, Maharashtra, Rajasthan, Karnataka, and more feature personal information about Airtel subscribers in them. A video of a conversation between a hacker gang and Airtel’s Security Incident Response Team (SIRT) dated December 2020 was also revealed by Rajshekhar. This shows that prior to the incident, Airtel was aware of a potential data leak for around two months. The hackers apparently failed in their attempt to extort the same amount from Airtel.

Today, the database from the Airtel hack from last year was exposed, or de-hashed, revealing the user’s email address and password. Out of 48 thousand consumers, it was discovered that around 18 thousand shared the same password, “airtel@123.” The viewers were shocked, wondering how 18,000 people could have the same password. A possible explanation is that their environment sets Airtel@123 as the default password when an account is created, or that their help staff restores customers’ forgotten passwords to Airtel@123. According to our best estimation, these factors may account for why such a massive number of users have the same passwords. It is also incredibly simple to remember.

Next article Plex discloses the data breach and urges all users to change their passwords right away. 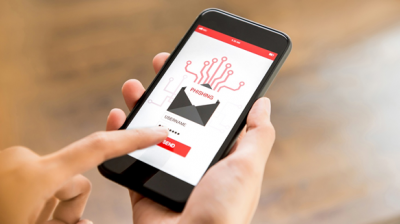 Over 9 lakh phishing and OTP compromise instances were recorded in the past two years; Financial fraud has been experienced by 42% of Indians