In a rather shocking revelation of events, it has come to the attention that a major software bug in the British Police National Computer (PNC) system has caused the deletion of 15,000 personal records from arrests in the UK. As reported by The Times of London, the software bug, estimated to be a combination of bad code and human error, has eliminated vital biometric data that British police rely on for impending investigations.

The damage from this software bug seems to be causing large scale consequences. The bug can potentially cause over 400,000 current crime records to be jeopardized. Political pressure gains weight on Home Secretary Priti Patel to get the situation under control. Many are calling for the Home Office to get a full, transparent account of how this deletion of thousands of UK arrest records could have possibly taken place.

Deputy chief constable Naveed Malik addresses a letter to the National Police Chiefs’ Council (NPCC) on the account of this cyber-hack saying that “As the National DNA Database and the National Fingerprint Collection have currently saved incomplete sets of biometric records, there is the possibility that biometric matches between crime scenes and offenders may not be identified. We are aware of a couple of instances where a biometric match to an offender was not generated as expected but the offender was identified through matches between scenes. However, in these circumstances, without a direct match report to the subject, it may be more challenging for police to progress to an interview or arrest. Instances where the DNA profile from a suspect in custody did not generate a match to a crime scene as expected, potentially impeding the investigation of the individual’s involvement in the crime.”

The Home Office has not been radio silent on the issue, however, the highly publicized cyber-vulnerability has forced a response. The Home Office has told several media sources that they are currently working with British police to determine how much damage has been done by this software bug. The BBC, meanwhile, reported that the Home Office said that “no records of criminal or dangerous persons had been deleted.” As far as they can find in their preliminary investigation, the Home Office believes that the deletion occurred as a result of a weekly clutter reduction in the database.

This cybersecurity accident sheds light on the happenstance that even government organizations and establishments are not safe from bugs and potentially, cyber hacks. 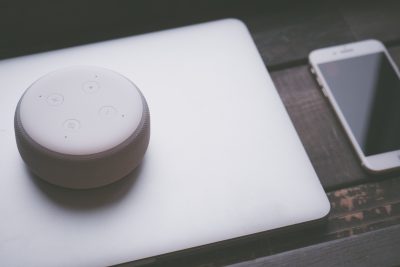