IoT devises manufacturer Sierra Wireless has recently faced a ransomware attack and as a result, had to cease production.

On the 20th of March, IoT devices maker Sierra Wireless had reported falling prey to a ransomware attack to seemingly target its internal IT systems and as a consequence, led to the cessation of production at its manufacturing sites.

According to the reports, the IoT company’s internal functioning and operations were also left overwrought in the ransomware attack. Sierra Wireless’s official website has also been taken offline and currently flashes users a “ Site is under maintenance” message.

In its statements, the IoT devices manufacturer has affirmed that the ransomware attack has impacted only a restricted number of Sierra’s internal operational systems. The company has also reassured its customers stating that no user endpoints or products have been compromised in the ransomware attack since the networks of internal IT systems and services designed for customers are segregated from its own internal systems.

It’s currently unknown what kind of ransomware Sierra Wireless has fallen victim to or how were the malicious actors able to infiltrate the network.

Since investigations are still underway, details regarding the actual extent of the ransomware attack, especially how long will the production facilities and other systems will remain inoperational are yet to be provided by Sierra Wireless although have claimed that operations will resume “soon”.

The IoT company has said that the aftermath of the ransomware attack has been followed by stringent implementations of proper cybersecurity defenses and measures alongside third-party security consultants to mitigate any further risks.

“Sierra Wireless asks its customers and associates for their patience as it seeks to remediate the situation,” the IoT maker issued in a statement.

Ransomware attacks are reportedly becoming increasing security hazards for organizations, private or government, all around the globe and a recent report detailed it as the biggest cybersecurity concern for chief information security officers (CISOs) and chief security officers (CSOs). 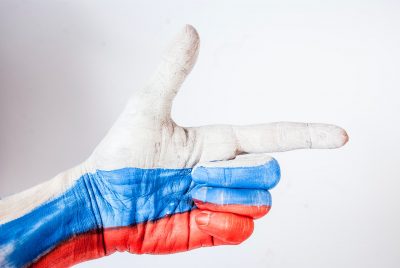